“Please Lord, give us one more” 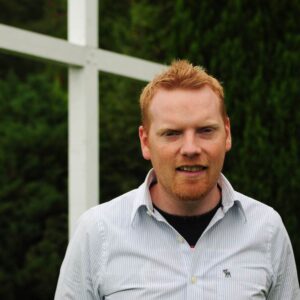 Recently I re-watched the brilliant film Hacksaw Ridge. If you haven’t seen it – and have the stomach for pretty harrowing war films – then I can’t recommend it highly enough [currently available on Netflix, cert. 15]. It is based on the real life story of Second World War hero Desmond Doss – a hero with a difference. Desmond was a medic in the US Army and a pacifist, choosing not to bear arms but instead to serve others through medical care in the field.

As you can imagine, he found himself subject to a lot of criticism and misunderstanding. He was labelled a coward and victimised by his peers and superiors. And yet, his choice not carry a gun didn’t take him out of danger, if anything, it required him to take more risk and show more courage.

That courage ultimately earned him the Medal of Honour – the only conscientious objector to receive such an award during WW2.

During the Battle of Okinawa – after the US suffered a heavy defeat by the Japanese – Doss repeatedly returned to the battlefield to recover the wounded, long after the formal retreat. As the film portrays it, he spent all night stepping back into the devastating aftermath, carrying wounded soldiers (in some cases from both sides) out to safety and treating their wounds. It is recorded that he saved 75 soldiers that night.

As I write this, I feel goose bumps on my neck. Of course, his bravery is inspiring and definitely taps into my emotions, but even more inspiring is his faith. When asked what gave him the determination to keep going through such adversity, Doss responded, “I just kept praying, ‘Please Lord, help me get me one more’”.

Over recent months, it has been inspiring to watch what the Lord has been doing in our church. I am aware of at least three profound, life changing, stories of new faith that have been unfolding in our church over the past 3-4 months (not to mention the many more finding encouragement and strength in lots of other ways). We should be really encouraged that lives are being changed and the reality of the saving grace of Christ is being revealed in amazing ways.

And yet, I am not satisfied. I find myself echoing the same kind of prayer as Desmond Doss – a kind of humble, back-to-basics prayer that says “Lord, would you please just give us one more”.

As we have been collectively working our way through the early books of the bible, I have been so struck by the profound brokenness of man and of the incredible holiness of God. I have been struck by the reality of what is at stake for those who haven’t heard, or are closed to the gospel. And, of course, I have been struck above all by the good news that Jesus has made it possible for us to be made right with God – to enjoy fullness in this life and freedom and joy for eternity! This is incredible news.

There will be times throughout history where God will use people like Billy Graham to reach millions for Christ (approximately 210 million according to the BBC!), but God also calls all of us to have a Desmond Doss approach to sharing our story of faith.

Let’s be asking the Lord to simply show us those one or two people who we are called to share our story with, who we are to invite to an Alpha Course, a Parenting Course, Mainly Music or Goalside… or who we are to just take for a coffee, have over for dinner or… you get the idea.

Brothers and sisters, be encouraged, God is doing an incredible work around our church. He IS mighty to save, His Holy Spirit IS working in hearts and calling them to Himself. And all he is asking us to do is to “always be ready to give an answer to anyone who asks you to give the reason for the hope that you have” (1 Pet. 3:15). Let’s all be praying “Lord, would you please give us one more”.

“The Lord your God is with you. He is the Mighty Warrior who saves. He will take great delight in you. In his love he will no longer punish you. Instead, he will sing for joy because of you.” (Zeph. 3:17)

Earlswells Road, CultsAberdeenAB15 9NY
info@hillview.cc01224 868096
We use cookies on our website to give you the most relevant experience by remembering your preferences and repeat visits. By clicking “Accept All”, you consent to the use of ALL the cookies. However, you may visit "Cookie Settings" to provide a controlled consent.
Cookie SettingsAccept All
Manage consent

This website uses cookies to improve your experience while you navigate through the website. Out of these cookies, the cookies that are categorized as necessary are stored on your browser as they are essential for the working of basic functionalities of the website. We also use third-party cookies that help us analyze and understand how you use this website. These cookies will be stored in your browser only with your consent. You also have the option to opt-out of these cookies. But opting out of some of these cookies may have an effect on your browsing experience.
Necessary Always Enabled
Necessary cookies are absolutely essential for the website to function properly. This category only includes cookies that ensures basic functionalities and security features of the website. These cookies do not store any personal information.
Non-necessary
Any cookies that may not be particularly necessary for the website to function and is used specifically to collect user personal data via analytics, ads, other embedded contents are termed as non-necessary cookies. It is mandatory to procure user consent prior to running these cookies on your website.
SAVE & ACCEPT